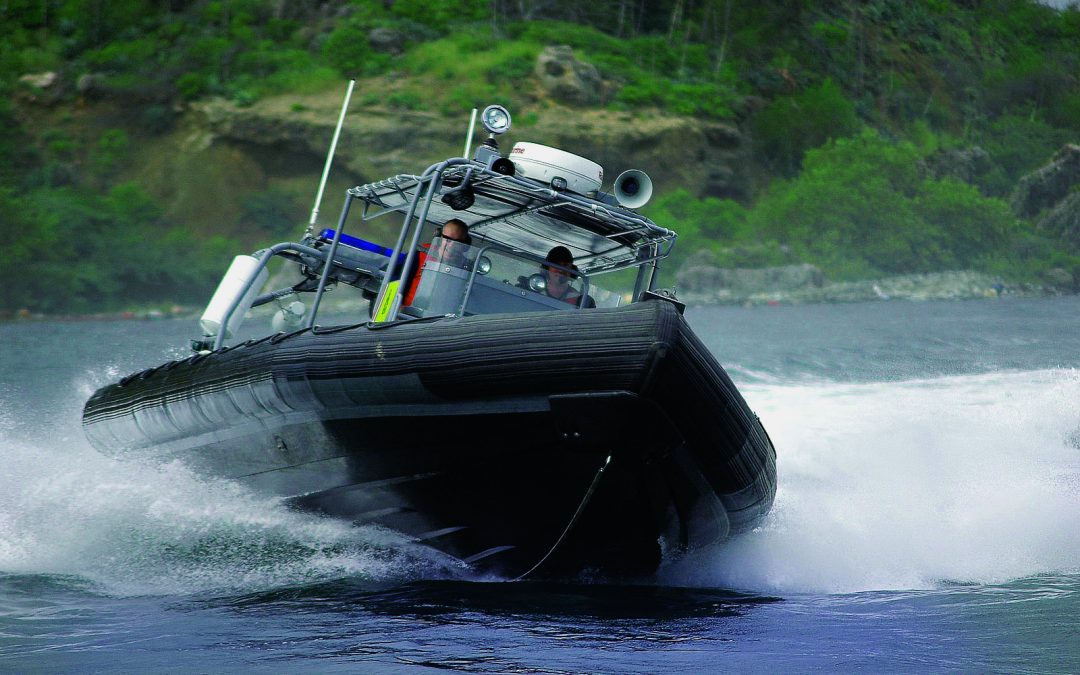 The introduction of the patented Post Immersion Restart System (PIRS) designed for two-stroke, outboard engines in the 1970s by E. P Barrus Ltd, was a significant advancement for self-righting search and rescue vessels.

A new generation ‘Inversion Protected’, four-stroke engine (patent pending) has now been introduced by the Special Products Team at Barrus which has been the result of two and a half years of continuous product development and testing. The concept of the PIRS engines was to evacuate the engine of water from the cylinder head, transfer ports and the fuel system enabling the engine to be restarted after complete submersion within just 40 seconds. The new ‘Inversion Protected’ engines work in a totally different way by stopping water entering through the inlet, vents and exhaust system using a patented valve arrangement. The engine restart time is cut down to an impressive 10 seconds which is a major plus factor in a search and rescue situation.

“The market requirements for an environmentally friendly, fuel efficient four-stroke version of the PIRS engine has enabled us to incorporate further improvements to the system, comments Mark Coleman, general manager, Special Products Division. “There are two important benefits of keeping water out of the engine; there is less chance of internal engine damage or deterioration and the engine can be restarted almost instantly.”

International has a proven record for the provision of fast craft training, advice and support to Commercial, Military, Special Forces, Coast Guard and Rescue Organisations worldwide. A fully independent and private company, Sea Training International, is used by some of the leading small craft builders and designers in the world with numerous projects both within the UK, Europe and the Middle East.

The new generation engine will be fitted to one of Sea Training International’s small rescue boats which will be used for the training of rescue crews in the full capsize, recovery and post immersion restart operation and crew awareness exercise conducted both during the day and night.

“We replaced all our operational two-stroke outboard engines with fourstrokes around six years ago and Barrus supported us through this transition period with the many factors that had to be considered and modifications that had to be made. Without doubt, the professional equipment and support supplied by the Special Products Team at Barrus allows Sea Training International to operate in some of the most inhospitable and testing conditions throughout the world,” comments Paul Davies, director, Sea Training International Ltd.

The 30hp, four-stroke ‘Inversion Protected’ engine will be on show to the public for the first time at Seawork 2013. A specially built, interactive water test tank will be on the Barrus stand and visitors will have the opportunity to put the engine to the test. The Special Products Team are now also working on four-stroke ‘Inversion Protected’ models 60hp and upwards.